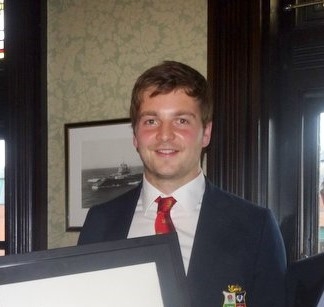 Members and guests sit down for luncheon at 1.00pm, followed, at approximately 2.10pm, by Iain Henderson and our Past President Jim Neilly.

A ballot will be held in favour of Mr Henderson’s nominated charity.

Iain Henderson had an outstanding game in the 2010 Ulster Schools' Cup final, albeit on a losing Belfast Royal Academy side but represented Ireland at U19 and U20 level and was offered a place in the Ulster Rugby Academy and made his senior Ulster debut in April 2012.

He signed his first professional contract, aged 20, in October 2012 and made his first senior Irish appearance in November 2012 as a replacement against South Africa in Dublin.

He was selected for the British and Irish Lions tours to New Zealand in 2017 and to South Africa in 2021 and is considered unlucky not to have gained test selection.

Selected for Ireland's most recent summer tour to New Zealand, he suffered a knee injury in the early stages of the tour and had to return home having been expected to start in the tests against the All Blacks.